The Marching Southerners have entered 2022 with, perhaps, more winds of inspiration in their sails than ever before: Fresh off the news of receiving the coveted Sudler Trophy for the first time in the band’s history, the Southerners were invited to represent the United States of America in Normandy, France in June of 2024 in honor of the 80th anniversary of D-Day. All of this with the backdrop of Jacksonville State University (under the new leadership of a JSU alumnus at the helm as President) joining Conference USA, having the highest enrollment in the university’s history, constructing a new residence hall, cafeteria, and stadium improvements, and breaking ground for the new Randy Owen Center for performing arts. It’s safe to say that the future is, indeed, bright with many “big leaps” taking place. Sometimes, the sky itself isn’t the limit.

In this spirit of progress and wonder, the Southerners are proud to introduce their 2022 production…ONE GIANT LEAP. Drawing inspiration from the events around them along with mankind’s awe for what exists above the skies, ONE GIANT LEAP is a musical celebration of wonder, determination, and the never-ending quest for progress.

Gustav Holst’s “Jupiter” from “The Planets”

As Jacksonville State and the Marching Southerners make many giant leaps towards their futures, the 2022 production reminds us that one small step can be ONE GIANT LEAP. 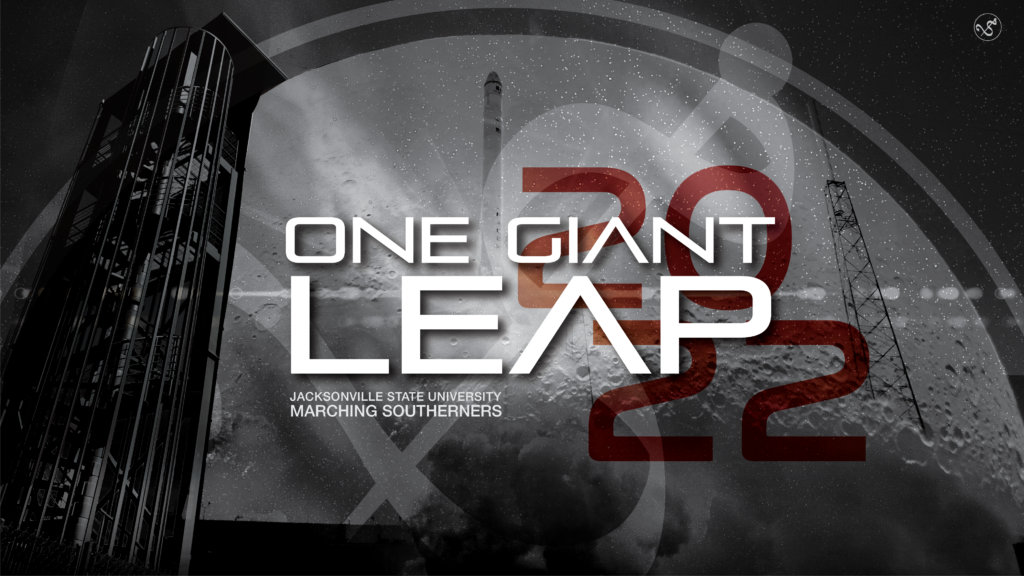